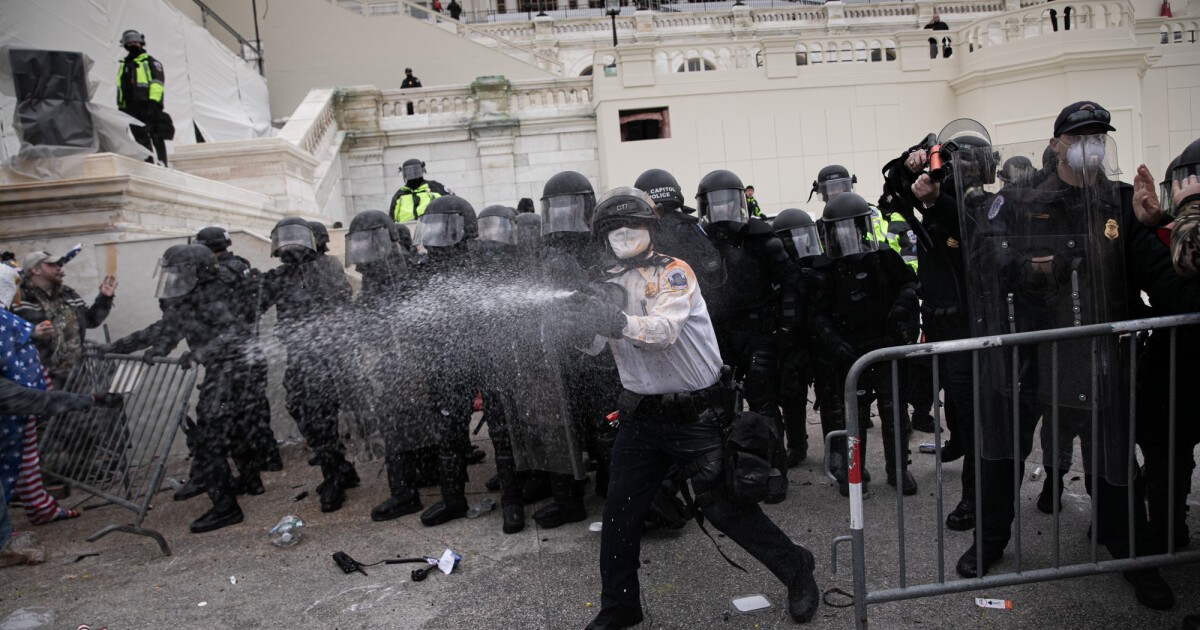 Army Secretary Ryan McCarthy told a small group of Pentagon reporters Friday that he and acting Defense Secretary Christopher Miller acted immediately to authorize a National Guard tactical response to the Capitol siege by pro-Trump rioters Wednesday, flatly rejecting a claim by Maryland Gov. Larry Hogan that such requests were denied or delayed.

“There was tremendous confusion. What is the situation? No one could give you adequate situational awareness,” a visibly exhausted McCarthy told journalists in the media room at the Pentagon Friday morning.

“I was in the heat of taking back the Capitol,” he said. “We were literally running down the hall to SecDef’s office. We’re watching the TV in his office, green light, go. Move all the Guard, other states.”

The assessment directly contradicts Hogan’s claims on Thursday that he was “repeatedly denied” authorization to send Maryland National Guard troops to respond to the crisis situation unfolding at the Capitol.

“I’m in charge of Maryland National Guard. I received it at 1730,” Gowen said. “At 1730, we finally received official notification from the secretary of defense that we can move our guys into D.C. on 502(f) orders, and that’s what we needed.”

Gowen said his National Guard members needed to first leave their jobs, prepare for the mission, and equip at the armory, and were ready by 11 p.m., but the District was not ready to receive them until the following morning.

Pentagon spokesman Jonathan Hoffman insisted Friday morning that any delay or denial was untrue, noting that the Maryland National Guard ultimately did not arrive until 14 hours after the Capitol siege.

McCarthy said that he did not deny Hogan’s request and that he does not have the authority to grant such a request.

“I don’t know what he’s talking about,” McCarthy told the Washington Examiner.

“I knew, best case, those Guardsmen weren’t going to be there for that, and we would need them to secure the Capitol for an enduring basis,” he added. “They already had the approval from the secretary of defense.”

McCarthy added: “That was three o’clock when the decision was made.”

The Army released a timeline Friday that stated that Chief of the National Guard Bureau Gen. Daniel R. Hokanson spoke to the Maryland adjunct general at 3:55 p.m. and that 100 service members would be able to arrive in Washington, D.C., in eight to 10 hours, with a follow-on contingent of 150 to 200 personnel at a later time.

Army did not push back in planning phase

McCarthy said the Army does not have an intelligence or advisory role in deploying the D.C. National Guard, but he instead responded to requests from Washington Mayor Muriel Bowser to provide 340 crowd- and traffic-control Guard members from Tuesday to Thursday.

Asked by the Washington Examiner if he pushed back on the limited scope of advance preparation, McCarthy said it would have been unlawful for the Pentagon to take on such a role.

“We can’t do domestic intelligence. We don’t know. So, for us to look at the groups that participated in that we don’t have, we can’t do that,” he said. “It’s against the law.”

McCarthy returned again to the pithy intelligence that was provided to the Army in the planning process and denied that the Army pushed back on Bowser’s written request that explicitly called for an unarmed National Guard presence in the capital.

“They had no reason for us to do that. We were running a traffic control with the Metropolitan Police,” he told the Washington Examiner. “We ask questions, but the DOD is a support function in civil unrest, and it’s incredibly important that people understand that law enforcement is the lead.”

Bowser’s request letter specifically called for no weapons, and full riot gear was left at the National Guard Armory. As of Sunday, the Capitol Police told the Army they did not need additional support either. The Capitol Police did not immediately respond to a request for comment.

“My focus in my head was how do we get in there as fast as possible, take the Capitol back and get Congress back and restore confidence in the American people, which we did — 8 p.m. they were in the well, back in business, and that was the message we had to send to the American people, and we did it,” McCarthy said.