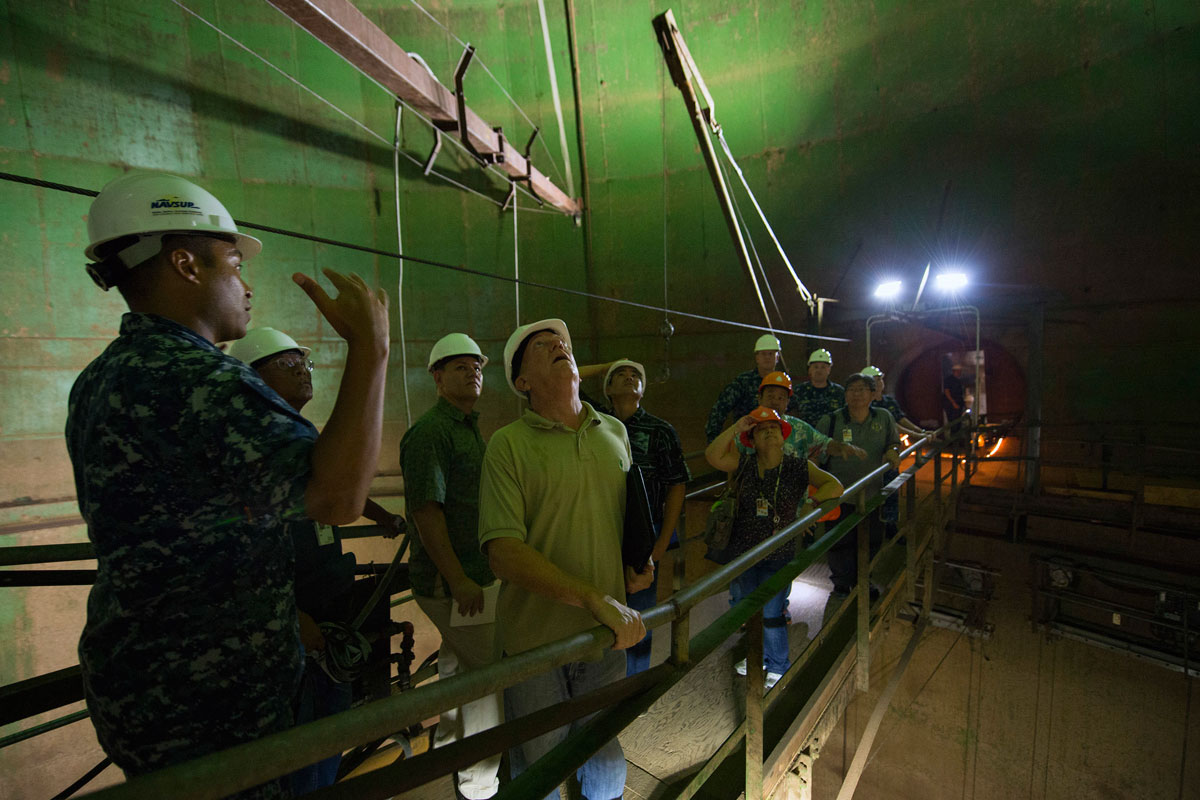 HONOLULU (AP) — The U.S. Navy has announced plans to reinforce large fuel tanks near Pearl Harbor with an extra layer of lining following a fuel spill in 2014 that threatened Oahu’s drinking water.

The Navy could begin the upgrades at Red Hill as early as 2022 if all testing is approved, said Capt. Gordie Meyer, the commander of the Naval Facilities Engineering Command Hawaii. The Navy asked the private sector to submit solutions for double wall tanks at the site and received proposals from 16 companies, he said.

He said the Navy picked a plan put together by a company with a track record of providing similar solutions for even larger tanks in the liquified natural gas shipping industry.

Six years ago, 27,000 gallons of fuel leaked from the underground tank and threatened a groundwater aquifer located about 100 feet below. The aquifer provides the principal source of drinking water for over 400,000 residents, the Sierra Club of Hawaii said.

Until recently, the Navy had resisted calls from the local water utility to add a second wall to already existing tanks to stop future spills.

“The Navy’s preferred single-wall (tank upgrade alternative) is nowhere near equivalent to the actual secondary containment provided by a tank-within-a-tank structure … that would prevent leaks from reaching the environment,” the Honolulu Board of Water Supply said last year.

In November, the Navy said it would consider the double-walled plan and either implement it or stop storing fuel at the site by 2045.

The Red Hill Bulk Fuel Storage Facility built in 1943 is located 2.5 miles from Pearl Harbor and consists of 20 large underground storage tanks. The facility, which the EPA has said “is unlike any other in the United States,” can store up to 250 million gallons (946 million liters) of fuel, the Honolulu Star-Advertiser reported.

© Copyright 2021 The Associated Press. All rights reserved. This material may not be published, broadcast, rewritten or redistributed.