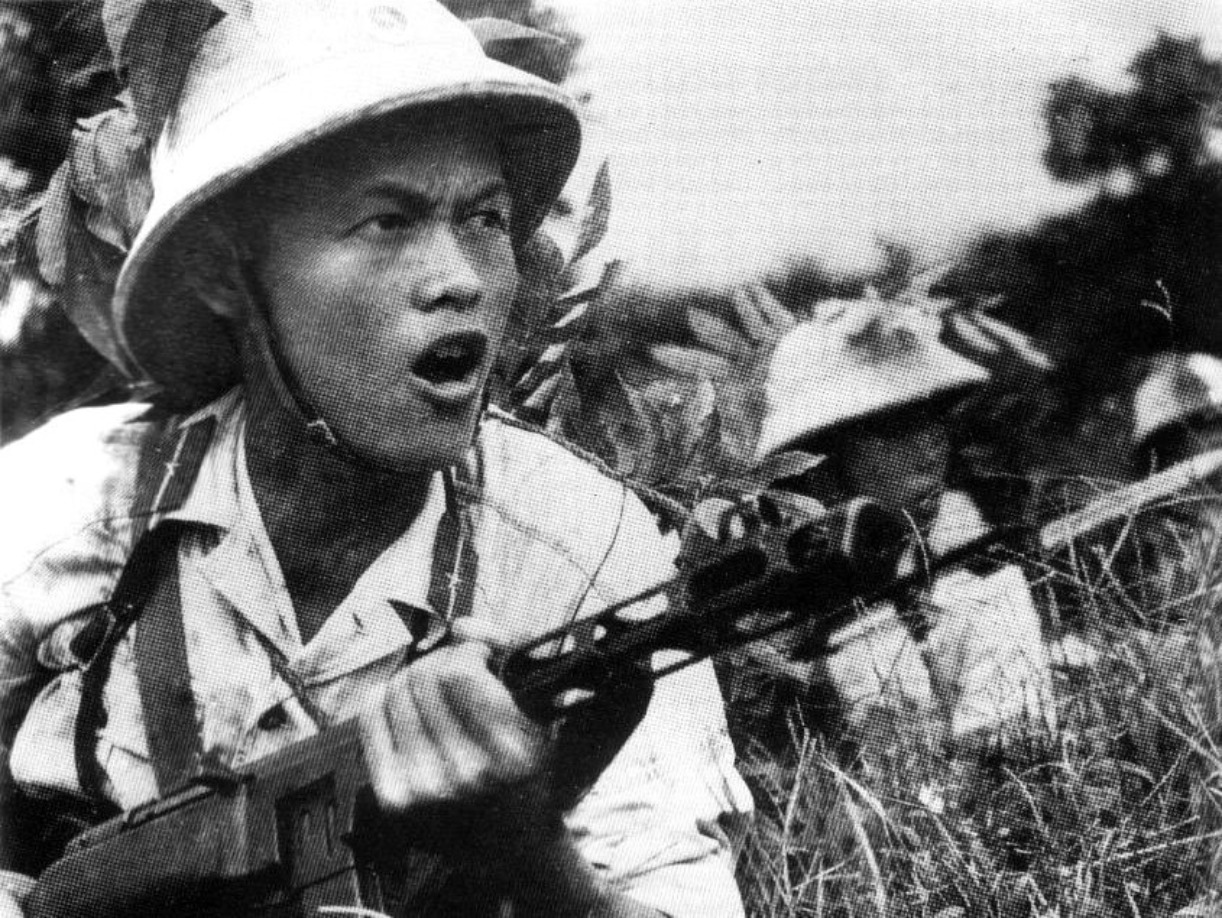 Here’s What You Need To Remember: The Communists had forsaken their best defense against American airpower. When they had previously operated as guerrillas, moving on foot through the jungle, they could move fast and light to avoid air strikes. But Hanoi had gambled that the time was ripe to switch from guerrilla warfare to a conventional offensive that would deliver the death blow to the Saigon government.

Had it not been for the U.S. Air Force and Navy, the Vietnam War might have ended in the spring of 1972 with North Vietnamese tanks in the streets of Saigon.

It was forty-five years ago, on March 30, 1972, that fourteen North Vietnamese divisions backed by more than three hundred tanks crossed the Demilitarized Zone into South Vietnam. It was an assault every bit as ferocious as the Tet Offensive in 1969, and perhaps even more so: where Tet had been an uprising by Viet Cong guerrillas backed by regular North Vietnamese troops, the Easter Offensive of 1972 was a blitzkrieg, a conventional mechanized assault by troops well-equipped with armor, artillery and antiaircraft weapons (in the words of author Michael Herr, “People’s Army, my ass”). Several North Vietnamese Army, or NVA, divisions crossed the DMZ into the northern tip of South Vietnam. Other forces struck from their bases in ostensibly neutral Cambodia into the southwest part of South Vietnam, perilously close to Saigon.

Recommended: Uzi: The Israeli Machine Gun That Conquered the World

Recommended: The M4: The Gun U.S. Army Loves to Go to War With

Unlike Tet, the South Vietnamese army, or ARVN, would not have U.S. ground troops fighting beside them or instead of them. American advisers could assist the South Vietnamese, but with America in the midst of withdrawing its ground troops and the American public tired of casualties, ground combat units would not be committed to the battlefield. The ARVN would have to fight its own battle.

Unfortunately, the ARVN was not up to the task. Facing their better-armed, better-trained, better-led and better-motivated cousins from the North, some ARVN troops surrendered or fled. Yet belying the image of cowardly South Vietnamese, some units fought bravely and well. The defenders of An Loc, near the Cambodian border and just eighty miles from Saigon, fought on for weeks as they stalked NVA tanks through the streets with LAW handheld antitank rockets.

Nonetheless, the South Vietnamese were simply outmatched. The key northern border town of Quang Tri fell, and the NVA advanced to the gates to the vital city of Hue. Hampered as always by timid, incompetent or corrupt commanders, the ARVN and South Vietnam were in trouble.

Then salvation came from the skies. Airpower had always been a key factor—actually the key factor—factor in America’s favor during the war in Indochina. But this time, it was the only politically feasible means by which the United States could aid South Vietnam in 1972. By that time, the American air fleet in Southeast Asia had dwindled to about eight hundred combat aircraft in Vietnam and Thailand, including two U.S. Navy carrier air wings. Illustrating the flexibility of airpower, by the end of May, an additional four hundred Air Force fighters had arrived, plus four more carriers. Most significantly, the aerial armada included more than two hundred B-52s.

Bad early spring weather initially limited air support. But the American pilots soon made their presence felt. The U.S. Army made its contribution: AH-1 Cobra helicopter gunships, equipped with new TOW wire-guided antitank missiles and 2.75-inch rockets, blasted NVA tanks and troops at An Loc and at Kontum. But the biggest pounding came from U.S. Air Force, Navy and Marine aircraft, along with South Vietnamese aircraft.

“Massive amounts of airpower were sent to support An Loc’s defenders,” writes U.S. Air Force officer Matthew Brand. “B-52s continued to strike NVA assembly and other rear areas. US A-6s, A-7s, F-4s, A-37s and VNAF [South Vietnamese Air Force] A-1s struck the massed NVA on the outskirts of the city, while fixed-wing gunships and Cobra helicopters worked the close-in targets. Tactical airpower was used primarily during the day and gunships were the primary night platform.”

Through April and May, An Loc remained under siege sustained by constant air support and aerial resupply, which enabled the defenders to repulse assault after NVA assault. By the end of May, after suffering an estimated twenty-five thousand casualties, the North Vietnamese called off their attempt to take the city.

Operation Linebacker also provided a glimpse of the high-tech warfare yet to come. Laser-guided smart bombs were used to destroy heavily defended bridges that had withstood conventional bombs. When North Vietnamese MiG fighters rose to meet the attackers, they found a surprise: U.S. Navy pilots trained under a Top Gun program that finally remedied deficient American training in air combat tactics, who proved more than a match for their Communist counterparts.

Ironically, the Communists had forsaken their best defense against American airpower. When they had previously operated as guerrillas, moving on foot through the jungle, they could move fast and light to avoid air strikes. But Hanoi had gambled that the time was ripe to switch from guerrilla warfare to a conventional offensive that would deliver the death blow to the Saigon government. But the North Vietnamese discovered what had the Germans had learned in Normandy in 1944: mechanized warfare without control of the skies meant tanks and trucks in the open vulnerable to bombing. Vehicles also needed vast amounts of fuel and ammunition over supply lines that could be interdicted from the air.

At the cost of an estimated hundred thousand casualties, Hanoi gained some territory along South Vietnam’s northern border before ending its offensive. But it had failed to conquer the South. The ARVN had also suffered tremendously, and had only held on because of American airpower. But hold it did, which perhaps was as much as could be expected.

Yet as with the whole Indochina conflict, there would be no happy ending. South Vietnam would survive, but only for another three years. In 1973, the last U.S. troops and POWs would return home. Tired of war and enmeshed in Watergate, inflation and the oil crisis, Congress cut off aid to South Vietnam.

In 1975, North Vietnam launched another mechanized offensive. Short of ammunition and low on morale, this time the ARVN found no help from the skies. Saigon fell in April 30, 1975.

Michael Peck is a contributing writer for the National Interest. He can be found on Twitter and Facebook. This article first appeared several years ago.